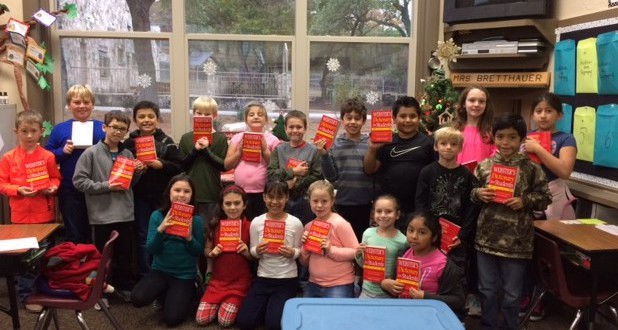 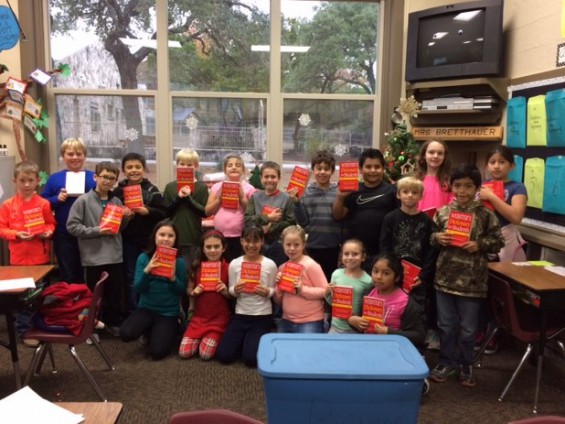 Hunt School’s third grade students show off their new dictionaries, which were a gift from the Republican Women of Kerr County.   Word of the Day: Graduate grad-u-ate / grăj -o͞o- āt Adjective: 1. having a diploma or academic degree When I was a graduate student, the leading spirits at Harvard were interested in the history of ideas. M. H. Abrams, 1912 – 2015 2. pertaining to studies beyond a bachelor’s degree Travel is the best and probably cheapest graduate school you can buy. Tom Freston, 1945 – Noun: 3. one who has obtained a diploma or academic degree All that stands between the graduate and the top of the ladder is the ladder. Unknown 4. a cup or cylinder marked for measuring liquid Bill measured the water into the graduate and put the instruments he needed for the experiment on the counter before he lit the Bunsen burner. Verb: 5. obtain one’s degree or diploma by successfully finishing school The man who graduates today and stops learning tomorrow is uneducated the day after. Newton Diehl Baker, 1871 – 1937 6. to award an academic degree to But our universities fail them and the nation if they continue to graduate students with expertise in biochemistry, mathematics or history without teaching them to think about what problems are important and why. Heather Wilson, 1960 – 7. to move up in level of skill or achievement Do you want to continue being great at being in your twenties, or do you want to step up and graduate into adulthood? Jason Bateman, 1969 – 8. to change slowly, by increments But the most weighty of all the arguments against treating the races of man as distinct species, is that they graduate into each other, independently in many cases, as far as we can judge, of their having intercrossed. Charles Darwin, 1809 – 1882 9. to arrange or sort by category The US income tax is graduated so that taxpayers with the highest income pay the highest tax rates. 10. to mark an object with units of measure To make a thermometer, you have to graduate it by degrees so it displays a range of temperatures.