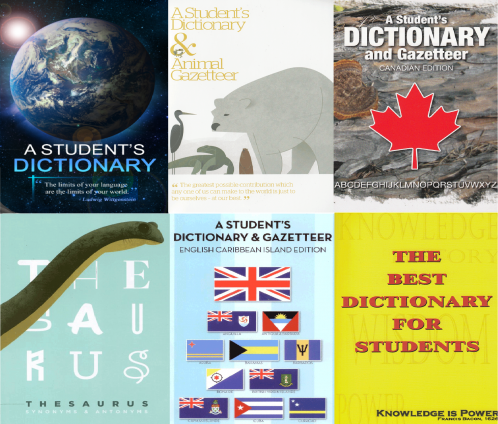 We frequently receive questions from students and sponsors about where the dictionaries come from and how are they made. The work involved with transforming the written ideas of an author and producing a final printed book such as a dictionary is known as the publishing process, which involves many phases.

We want to thank Chris Huckleberry at Command Web in Missouri where most of the dictionaries are printed, for helping to write this article and producing the books that you receive.

The journey of a printed book begins with the ideas of an author for a story or information the author wishes to present to readers. After writing most of the book on paper and selecting a title, the author will work with an editor to research additional details of the content while an artist will work on a design or image for the book’s cover.

The content of dictionary is driven by technology – new words are added, words acquire multiple meanings, and words are even removed. These modifications to the dictionary reflect how our society, culture and language also change and evolve over time – much like the printing press, the very instrument that allows these words to be memorialized on paper and bound in a book.

Progression of the Printing Press

Long before the European Renaissance, Chinese monks were setting ink to paper using a method known as block printing, in which wooden blocks are coated with a water-based ink and pressed to sheets of paper. Since then, the printing press has undergone many modifications over the years to meet the needs of people in different times.

What we consider the “modern” printing press was invented by Johannes Gutenberg in the mid-1400s. Gutenberg, a trained stonecutter and goldsmith, devised an alloy of lead, tin and antinomy which was used to cast movable blocks of letters and symbols which were durable during the press. It was then possible to use and reuse the separate pieces of type, as long as the metal in which they were cast did not wear down, simply by arranging them in the desired order.

For the next four centuries, the separate pieces of type were arranged and moved by hand. However, in the 1800s, a method to move the type by machine was introduced by Ottmar Mergenthaler. This system greatly increased production speed and was the industry standard for newspapers, magazines and posters. 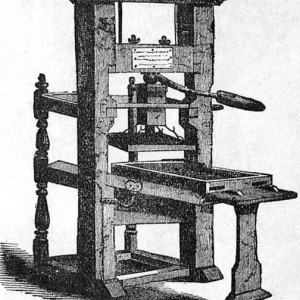 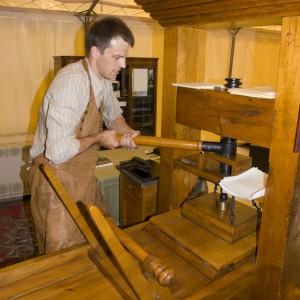 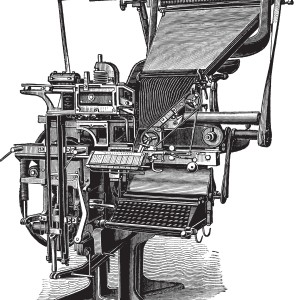 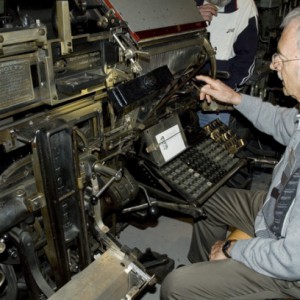 Today we use a mechanical typesetting process called offset printing. First, a typesetter will organize the words and information in the electronic file to fit the selected size of the planned book. The typesetter will show the author a sample or “proof” of how the pages will look before starting any printing. A final set of electronic or digital files containing all the words and images are now turned over to a book printing company. 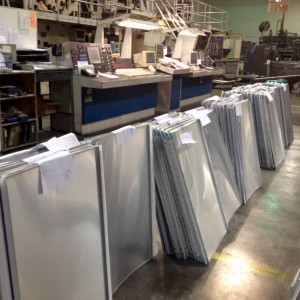 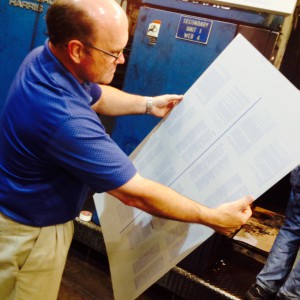 Using the digital files and a laser machine, the book printer will record the images to a set of specially coated metal plates. These plates are needed to be able to reproduce the pages and covers for the book. The printing craftsmen will install the plates on a printing press and set up the equipment to begin printing. 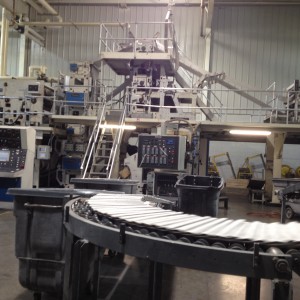 During the printing of the text pages, large rolls of paper weighing up to 2,000 pounds are continuously fed into the press. Black ink is automatically applied to the printing plates. The plates press against a rubber cylinder which transfers the images to the paper as it travels through the press.

The text pages are printed in 32 page sections at speeds of 40,000 sections per hour. These sections are tightly bundled together at the end of the press. The covers are printed on another press using thicker sheets of paper and special color inks blended together to reproduce the multicolor images on the covers. 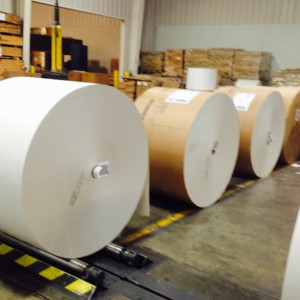 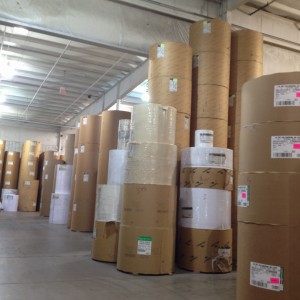 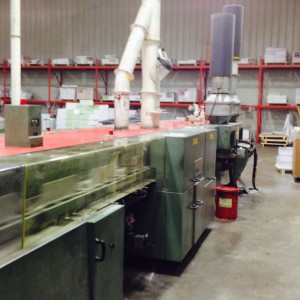 The bundles of printed text and stacks of covers are taken to the bindery area of the plant and loaded into a binding machine. The binding line will gather the text pages in the proper order, apply a thick layer of glue to the binding edge (or backbone of the book) and glue the covers to the text pages.The bound book must then be trimmed evenly on all three sides using very sharp cutting knives. Books are bound at speeds up to 20,000 books per hour depending on the number of pages.

As you can see, the printing press has facilitated the distribution and preservation of knowledge in a standardized form – quite possibly the most important advancement of science, technology and scholarship built in one machine. 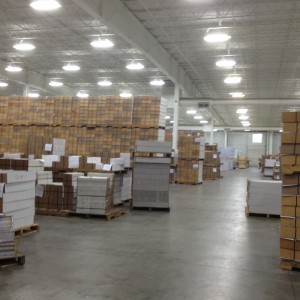