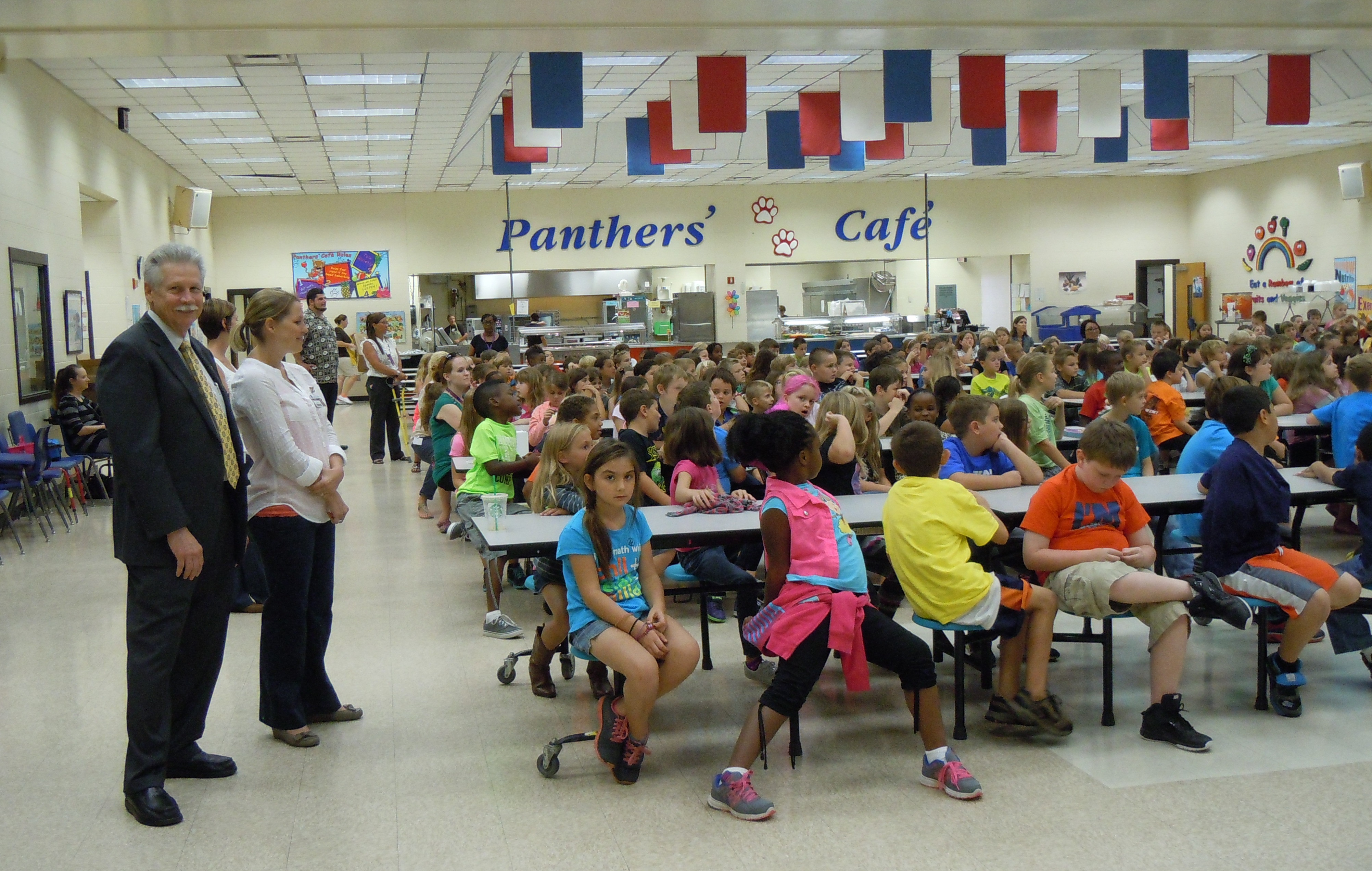 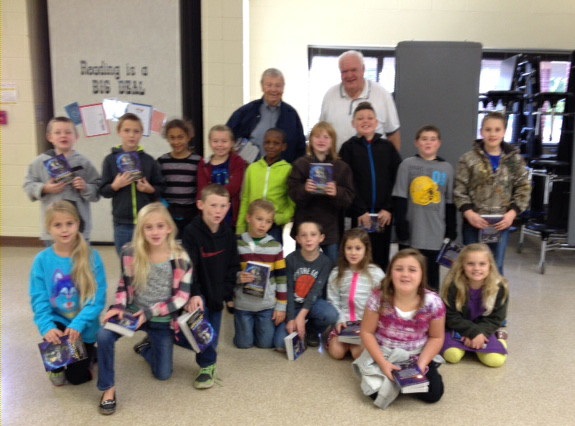 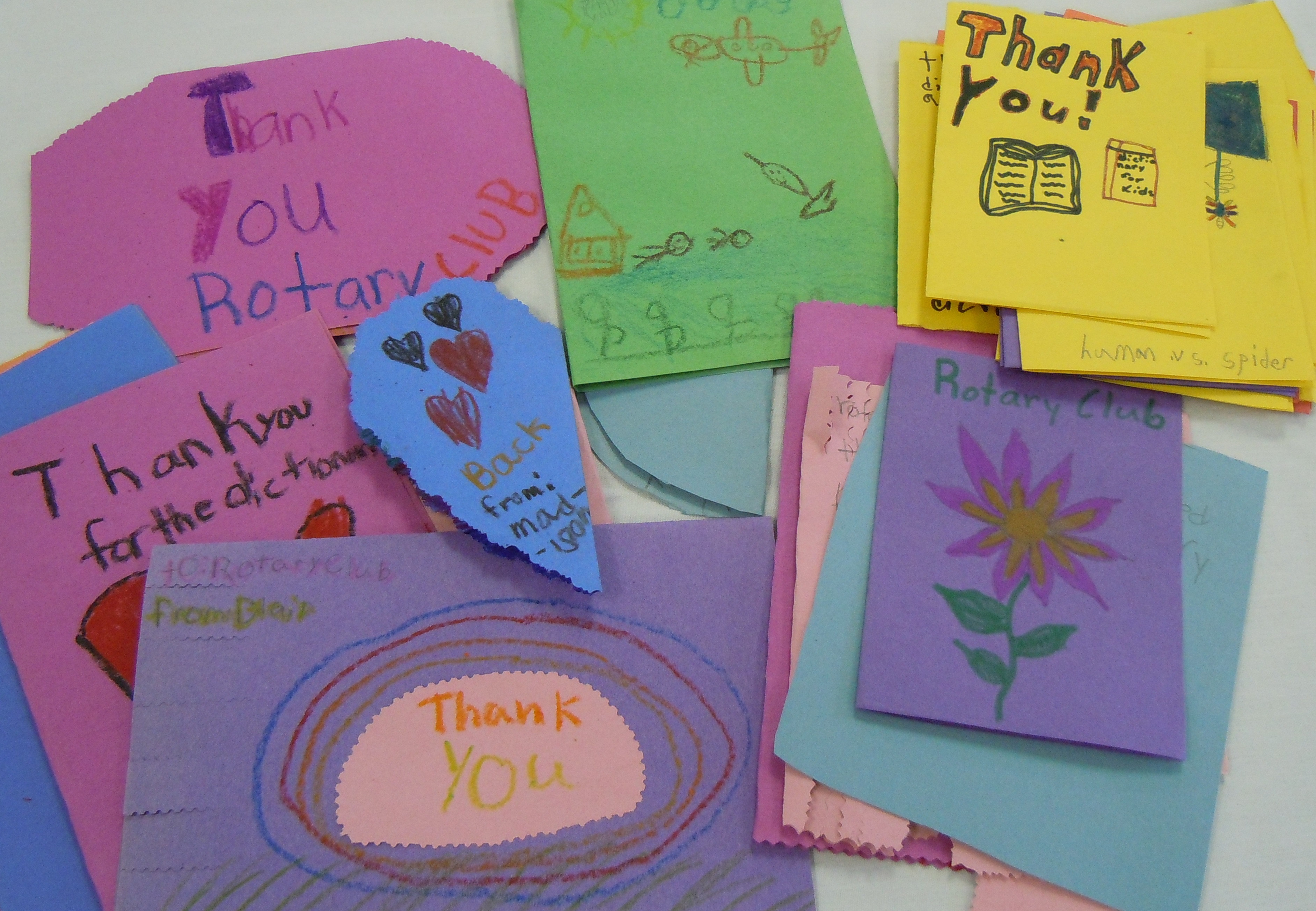 Each of the past nine years, Fernandina Beach Rotary Club members have distributed dictionaries to every third grader in Nassau County. This year’s Dictionary Project teams placed 882 dictionaries into the hands of elementary school students in Fernandina Beach, Yulee, Bryceville, Callahan and Hilliard as well as at Faith Christian Academy, St. Michael’s Academy and Amelia Island Montessori.

But club members do more than just hand out books. Whether in an assembly setting or going from classroom to classroom, the Rotarians foster a sense that learning can be fun. They ask the students to search in their dictionaries for the longest word in the English language or name the number of words without a vowel – a question that lead to a heated discussion about what actually is a vowel. Students learned that the letters “y” and “w” often act as vowels and that some 17 words have no traditional vowel. Club members also share information about Rotary and its many projects both internationally and locally and, again, incorporate the new dictionaries in the discussion. One group of children were asked to look up the word “polio” while learning about Rotary’s signature project “End Polio Now.” None of the students had ever heard of the crippling disease and were fascinated to hear how Rotary’s work had resulted in its near eradication.

The Dictionary Project has long been a beloved undertaking of the Fernandina Beach Rotary Club and its partner, the Amelia Island Book Festival, not only to stress the importance of education, but to see the smiles on the children’s faces as they leave with their dictionaries, which are often the first book they have ever owned.