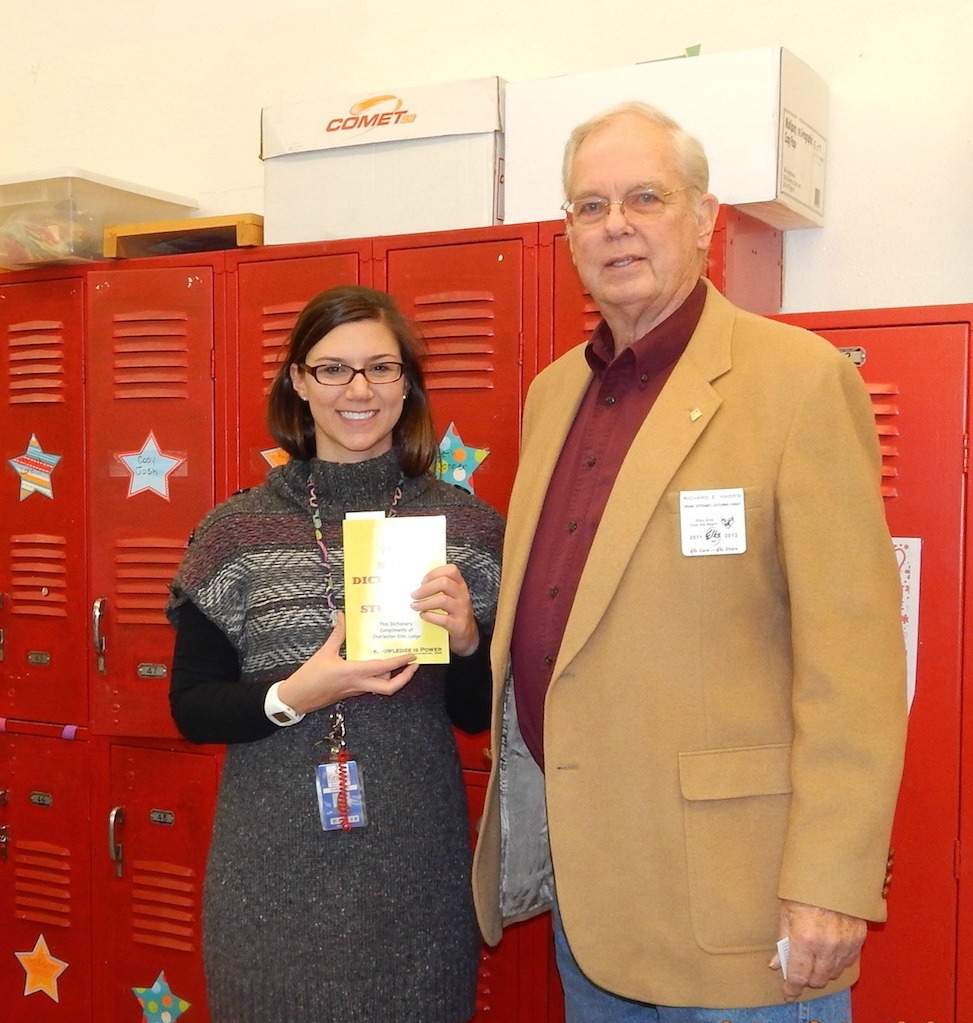 Call them the vanguards of vocabulary.

The Dictionary Project’s mission is to place a dictionary into the hands of every American third-grade student. More than two million dictionaries have reportedly been distributed to schools throughout the United States.

According to The Dictionary Project’s website, the endeavor started in 1992 when Annie Plummer of Savannah, Georgia, gave 50 dictionaries to children who attended a school close to her home. Each year she continued to give this gift, raising money to help give more and more books so that in her lifetime she raised enough money to buy 17,000 dictionaries for children in Savannah.

The effort spread throughout South Carolina and the rest of the United States in ensuing years, with the Dictionary Project attaining 501(c)(3) nonprofit status 20 years ago.

“Our lodge budget would not support a program of this magnitude and scope,” explained Charleston Elks Lodge member Dick Harris. “It is very much appreciated by the school administration as they hear about our community support and involvement. The students and faculty have been very receptive to our deliveries.

“The students have been amazing in their receipt of their own personal dictionary. They eagerly print their names on the front page and while the books are being passed out, they immediately begin thumbing through them discovering new words, chemical element tables, signing language charts, maps and other tables,” said Dick Harris, who has donated to the cause and has been making the dictionary deliveries over the past several weeks.

“The teachers noted the timeliness of this project,” he continued, “saying they were just now teaching the use of the dictionary. The third grade has been targeted as the time the students are transitioning from learning their alphabets and beginning to put letters and words together in learning to write meaningful sentences and learning the meaning of words and increasing their vocabulary.”