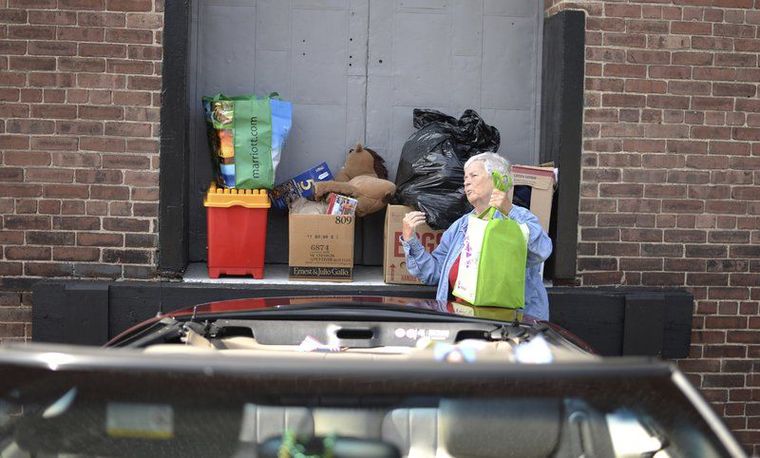 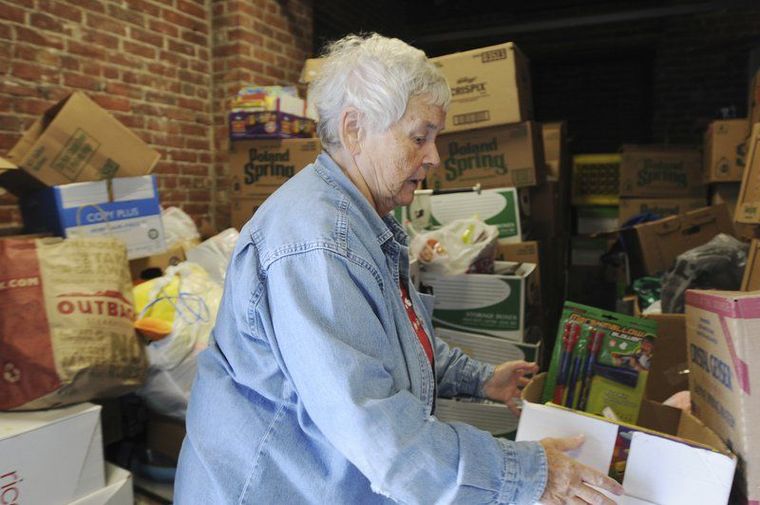 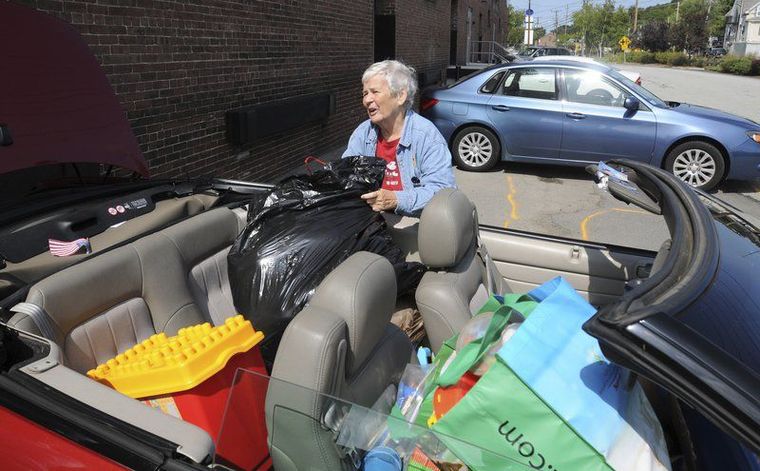 As a teacher for more than 40 years, Barbara McGovern always loved reading the dictionary to her students, teaching them new words they could use in and out of school.
Twenty years after leaving the classroom for the final time, McGovern, of Andover, has decided to use her passion for words to help a new generation of students over 800 miles away.

On Sept. 19, McGovern will travel to West Virginia with nearly 200 boxes worth of dictionaries, school supplies and children’s toys for the students of Southside School, a kindergarten through eighth-grade school in War, W. Va.

Since May, McGovern has spent the majority of the summer collecting donations from churches and other organizations from around the Merrimack Valley. But even she did not foresee the outpouring of support for the project.

“I was hoping it would (be successful), but I didn’t think we’d fill up two trucks,” McGovern said in a recent interview. “People have been very generous, and I’m very pleased with the whole experience.”
McGovern got the idea after reading about the economic struggles of the Appalachian region of the United States, which includes West Virginia. She came across the town of War, located in McDowell County, arguably West Virginia’s poorest county. According to recent reports, McDowell County has a median household income of $22,000.

McGovern, who worked for 37 years at the Franklin School in North Andover, decided she wanted to help students in War get the necessary school supplies their families might not have been able to afford. She connected with The Dictionary Project, a non-profit based in South Carolina, and was then introduced to the Southside School.

After speaking with Southside’s principal and several teachers, she knew she wanted to help. “A lot of these kids, to my knowledge, don’t have a dictionary in their own homes they can write their name on as their own property,” McGovern said. “That’s very sad to me.”

McGovern began reaching out to friends and local organizations, and many jumped in to help. The Andover Rotary Club, Andover Senior Center and Century Bank donated supplies, as Groveland Congregational Church and Saint Michael School in North Andover.

The result has been boxes of dictionaries, crayons, colored pencils and other school items, as well as stuffed animals and classroom board games. Since she began collecting, McGovern estimates she has had around 30-35 volunteers helping her organize the supplies.

Two of those volunteers have donated their trucks to transport the donations to War. McGovern will accompany them on the trip, which she said will take about two days, and personally deliver the supplies and gifts to Southside teachers and students.

Although she hasn’t even dropped off this year’s donations yet, McGovern already has her eyes set on future projects to help Southside and perhaps more schools in West Virginia. She called the entire process a “great team effort.”

“I’ve had so many friends and other people come through to help me out. I’m so blessed, and I’m happy to bless these children,” McGovern. “I hope this is the first of 30 years’ worth of donations.”