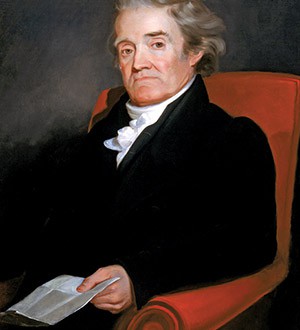 At the Dictionary Project, our favorite day in October is October 16, Dictionary Day. Dictionary Day celebrates the birthday of Noah Webster, the writer of the first American dictionary. Noah Webster, a lawyer from Hartford, Connecticut, believed that American schoolchildren needed their own reading and spelling books, so that all Americans could learn to spell words the same way, with their own unique American spellings. He first wrote A Grammatical Institute of the English Language, a reading textbook used in American schools for 100 years. When he was 43 years old, he started writing his dictionary. He finished 27 years later in 1828, and it included over 70,000 words, including some words such as “skunk” and “squash,” which weren’t in English dictionaries. He also standardized American spellings of words such as “color.” All over the United States, many generous volunteers will be delivering dictionaries to children this month in honor of Noah’s birthday.