From The Taunton Gazette, written by Marc Larocque, staff writer Posted: August 2, 2015 at 2:59 PM TAUNTON — A Taunton organization is helping local kids broaden their vocabulary the old-fashioned way. “I think, especially in this day in age with so much focus on technology, that it’s so important that we remember to teach children the basics,” said Tabitha Monahan, who is spearheading the effort. “I think it’s important to teach children how to look up something in the dictionary, and how to do that research themselves.” Taunton Elks Lodge 150 is holding its annual Dictionary Project drive to provide all third-graders in Taunton, Berkley, Dighton, Raynham, Rehoboth with their own Webster’s Student’s Dictionary. Last year, the Taunton Elks dictionary campaign was expanded to the four surrounding towns, resulting in a total of 1,100 dictionary donations to local third-graders. Third-grade Catholic school students in Taunton also get a dictionary, Monahan said. “It’s about the basics of looking up a word, and having access to it all in one place,” said Monahan, who has been a member of the Taunton Elks for about three years. “One of the things I try to remind people of, especially the more affluent members of our community, is that not every child has access to the Internet. And even if we all may have a dictionary app on our phone, it’s still about learning the basics, being able to look it up and sound it out. Children these days don’t necessarily get that. We want to make sure they have the fundamental skills to be successful.” The Taunton dictionary donation drive is ongoing through Sept. 18. To support the Taunton Elks Annual Dictionary Project campaign, contact Monahan by email at justice@tauntonelks.org, or by calling 774-226-3214. Dictionary sponsorships are $3 each, $30 for 12 student dictionaries, or $60 for an entire third-grade classroom. For each dictionary donated to the Taunton Elks campaign, sponsors are recognized with a special label on the inside front cover of each book, dedicated in honor of the sponsor. Monahan said that the Taunton Elks have participated in the dictionary campaign for the past three or four years. But going back further in Taunton Elks history, at one point the group provided dictionaries exclusively for one elementary school in the city. The campaign is a statewide Elks effort that many chapters and different groups participate in, and it is all organized through an independent nonprofit called The Dictionary Project. 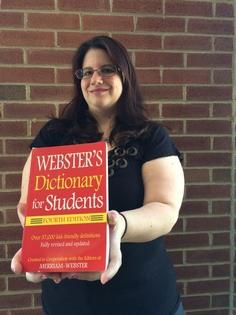 Last year, the Taunton Elks were recognized as the second-biggest contributor to The Dictionary Project’s statewide campaign, second only to a group from Saugus. Monahan said that she hopes that success will continue and expand this year, but the Taunton group needs the help of sponsors from the general public. “Our hope is just to make the community more aware of the project,” Monahan said. … Read more