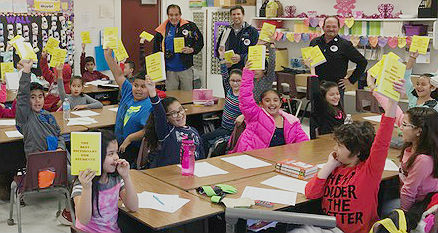 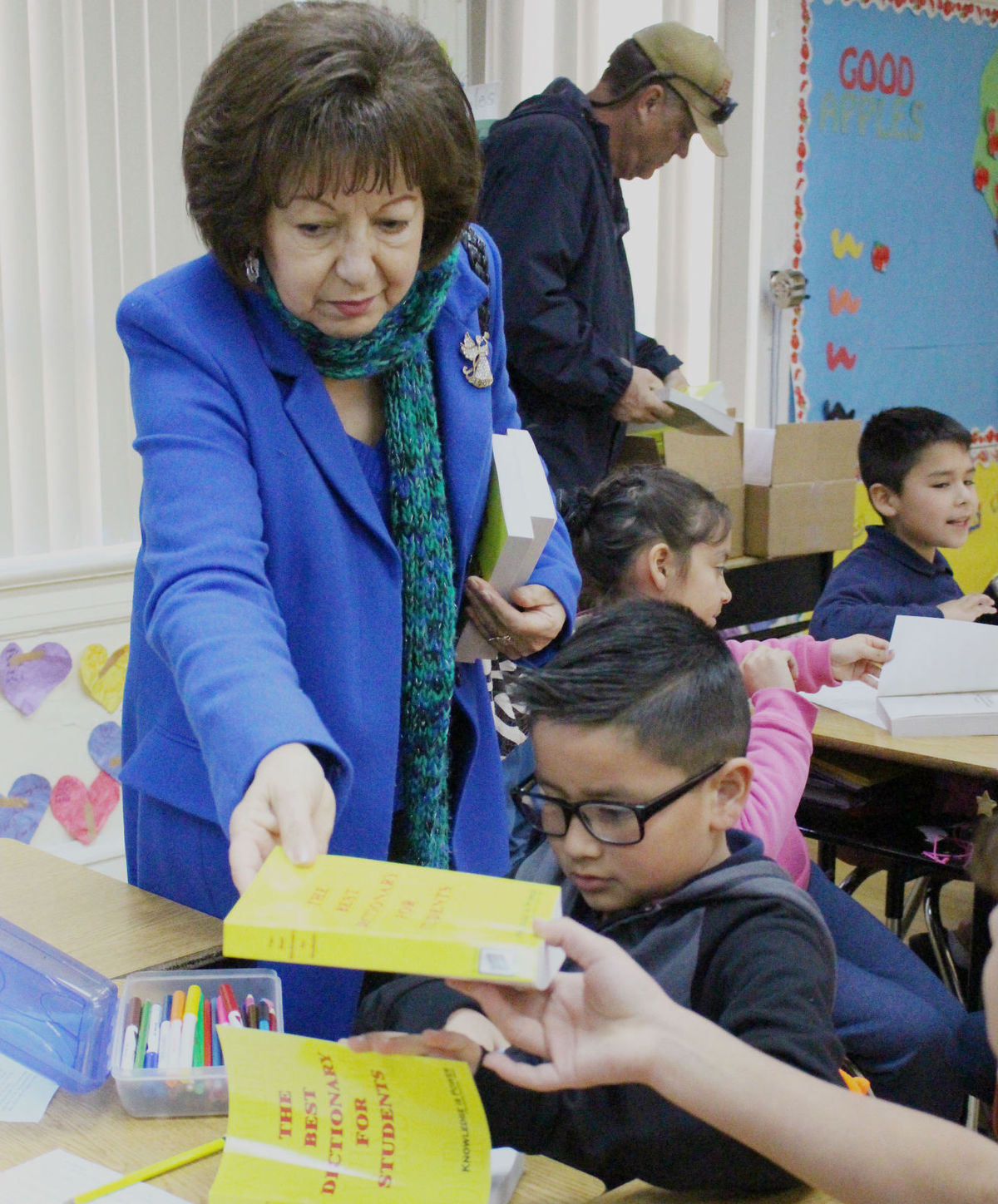 The Douglas Rotary Club, in partnership with Freeport-McMoRan, gifted more than 400 personal dictionaries to third grade students throughout the city.

Based in Charleston, South Carolina, the Dictionary Project has distributed more than 28 million dictionaries around the world.

Matched by the Rotary Club, this year Freeport Minerals contributed $408 to the effort, in part of the corporation’s efforts to promote science, technology, engineering and math (STEM) to help students acquire the skills necessary for success in a knowledge-based economy and society.

David Carranza, Economic and Community Development Director for the City of Douglas, was part of the group that delivered dictionaries on Thursday.

“Being prepared and educated is the key to survival in our society,” said Carranza. “Without an education, [or] continuing education it is sometimes difficult to reach that ‘American Dream’. All of these youngsters, their dreams are big right now and we should try and preserve all their dreams so they can come true, if a Dictionary helps, then why not?”

A former rotarian himself, Carranza noted that he plans on joining the Douglas Rotary Club.

Other ongoing efforts include partnership in the D Hill 5k Run, set for March 25, at Airport Park. The event will raise money to benefit the Light the D project. The Rotary Club is also taking an active stand in support of preserving and updating the historic Douglas Municipal Airport.