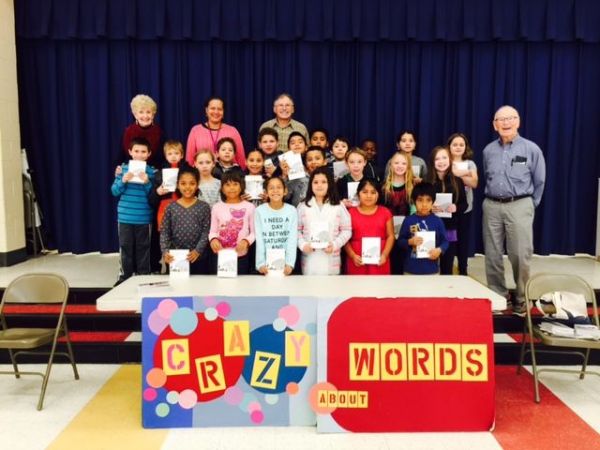 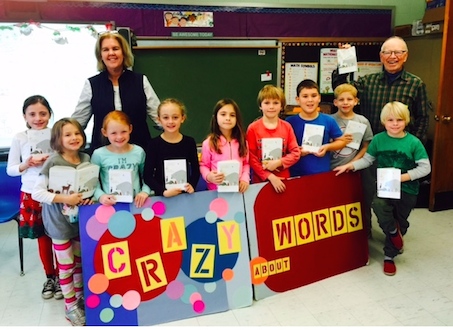 Third-grade students on the North Fork have become “crazy about words” thanks to a collaborative program between Peconic Landing residents and local citizens that gifts children with a personalized dictionary.

More than 420 third-grade students at 10 schools from Aquebogue to Shelter Island will get a copy of A Student’s Dictionary and Gazetteer this year thanks to Peconic Landing resident Joe McKay, who coordinated the effort.

In 2005 he heard about the Dictionary Project, a national non-profit organization whose mission is to “assist all students in becoming good writers, active readers, creative thinkers, and resourceful learners by providing them with their own personal dictionary.” McKay was instantly hooked on the idea and proposed sponsoring a local outreach effort to his class. The participants in his Lifetime Learning class agreed enthusiastically and the Dictionary Project had a new local home.

The first year, the Crazy About Words group donated dictionaries to the third graders in Greenport. Since then, they have added at least a school a year to their list. The number of volunteers has also expanded to help manage the work it takes to provide those books; now local community members pitch in along with the Crazy About Words participants.

Each year, McKay contacts the schools participating in the program for rosters of their third-graders. Once he knows how many dictionaries to order, the volunteers raise funds and purchase the dictionaries through the Dictionary Project. After the books arrive, each dictionary gets a bookplate with a child’s name.

The actual donation of the books is the fun part for McKay and the children. He gives a small lesson, then sends them “dictionary diving,” his term for perusing the pages and randomly choosing a word they’ll come up and read to the group. It delights McKay when a child finds a word “they think they already know, but discover how much richer the word is than they thought.”

McKay is clearly a logophile – a lover of words. He writes a monthly newsletter called Crazy About Words which is distributed at Peconic Landing and is published online on his blog. He’s also written a book by the same name.

Luckily for our local third-graders, he’s also magnanimous, altruistic and eleemosynary. (That’s generous, kind and charitable to kids with dictionaries.)